In a return to domainfest’s roots, we co-hosted a domainfest meetup along with Webnames.ca in beautiful Vancouver, BC this week. More than 50 domainers joined us on the evening of Tuesday, September 8th on a penthouse patio to connect over drinks, snacks, and insightful words from speakers Cybele Negris, John Demco, Dr. Kevin Ham and Richard Lau. 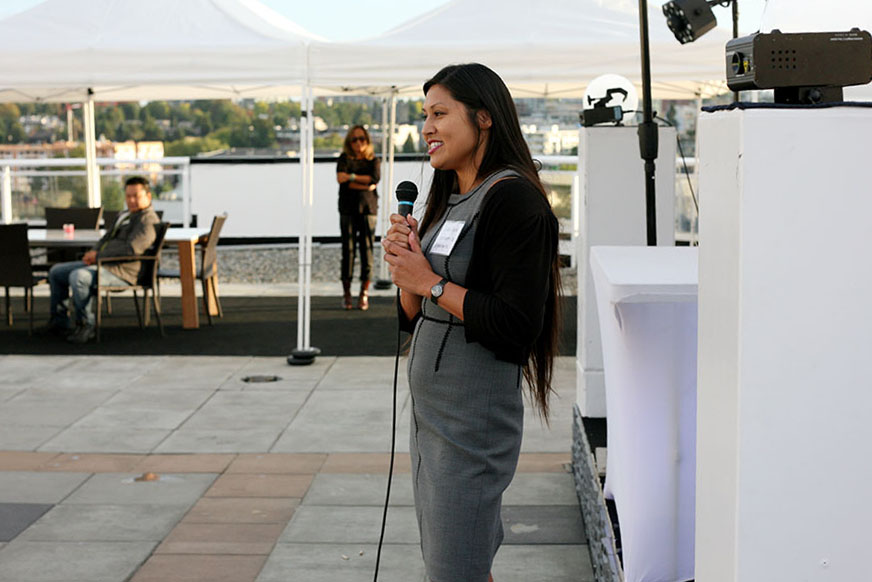 Cybele introduced her business partner, John Demco, who founded the dot-ca registry in 1987 out of the University of British Columbia’s Department of Computer Science. Dot-ca eventually led to the Webnames.ca spinoff, evolving from a registry to a full-service registrar. Cybele recalled meetings with John in his office, which was stacked to the rafters with paperwork and faxes of domain registry applications, laughing that it wasn’t as simple as submitting your application through a website back then. John managed the registry in his spare time, often staying up through all hours to process applications, until Webnames.ca was formed in 2000 and the registry was transferred to the Canadian Internet Registry Authority. 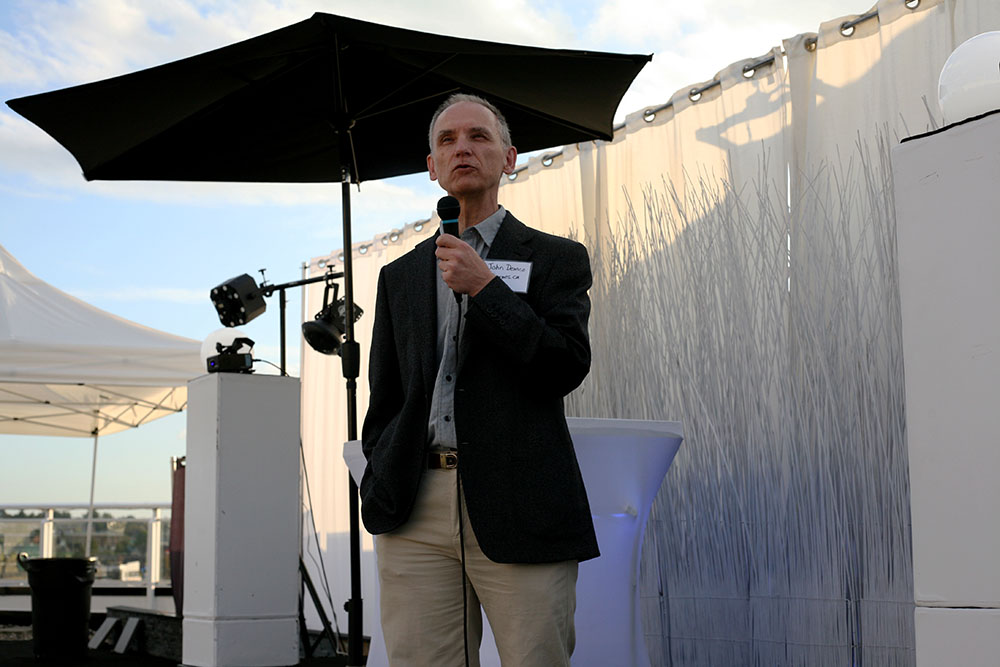 John then quizzed the audience on some web statistics and dot-ca trivia. We also learned by a show of hands that pretty much everyone in the audience owned at least two domain names, but that number dropped when asked if they owned any new gtld names. Step to it, people! 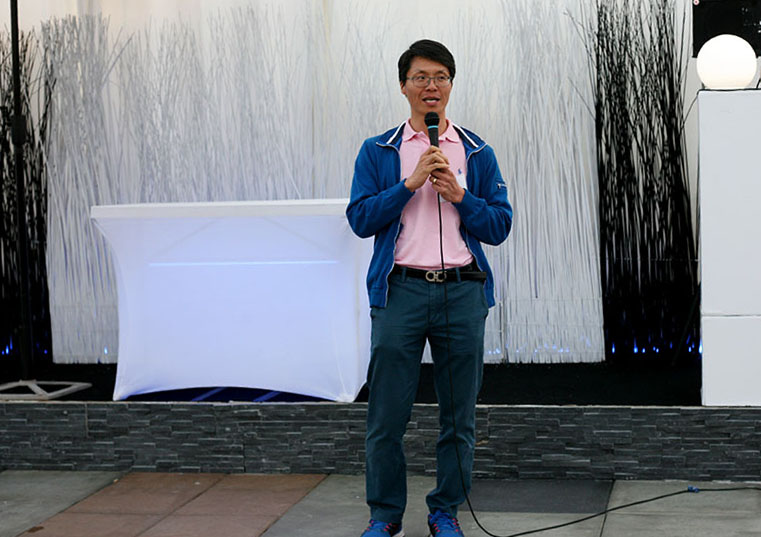 Dr. Kevin Ham walked the audience through a trajectory of his career, noting that he had always wanted to be a medical doctor but something about the Internet really intrigued him. He compared the buying and selling of domain names to real estate, and gestured toward the Vancouver skyline behind him as a prime example. Within a market that has high demand, competition is going to be fierce. But if you go beyond to more rural areas, land is more readily available – and that doesn’t mean that the land isn’t good, it just hasn’t been developed. It requires vision to see the potential within a remote landscape. He also stressed his current desire to give back to the community, and to spend more time building real business rather than simply buying and selling. To continue his previous metaphor, he wants to live in the house, not just act as a broker. 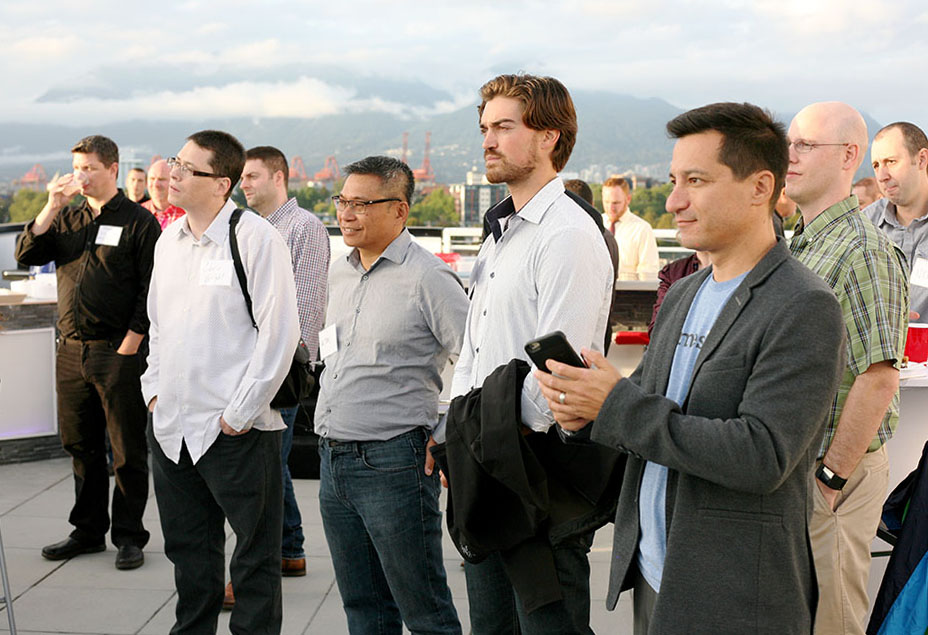 It was an inspiring night and we were all extremely lucky to have such esteemed speakers join us to share their experience and expertise within the domain industry! Richard Lau closed the night with his own thoughts on giving back to the community, echoing Kevin’s sentiment about building quality over quantity. This is why we started NamesCon, Richard continued: “To create a place where domainers can learn from one another, where industry leaders can offer their ear and advice for those just getting started.” And as Kevin had said, that requires ever more thinking outside of the box – so you can recognize that good piece of land when you see it.

Richard Lau sums up the event saying: “It was a real honour and opportunity to hear Cybele Negris, John Demco and Kevin Ham speak in such an intimate setting. The main take-away across all talks seemed to be the value of both hard work combined with networking.”

To see more photos from this event, please visit the NamesCon Facebook page (and tag yourself if you haven’t yet already!)

We look forward to the next one, thanks again to Webnames.ca for hosting and organizing such a wonderful event and to the Vancouver domain community for joining us. We will see you in Las Vegas in January!