If you’re looking for inspirational success stories of luck and fortune, look no further than iconic Las Vegas. The allure of descending upon Lady Luck in the depths of the desert is a narrative that’s been played out in popular media since the 1930s. A huge portion of our loyalty to Vegas, however, has less to do with nostalgia and more to do with convenience: it’s one of the easiest places to fly to from anywhere in the world, ranked 8th in terms of aircraft movements.
Of the 41 million visitors who traveled to Vegas in 2014, more than 5 million were convention delegates. Those numbers tell us one thing: Las Vegas is a well-oiled convention machine, and we’re all about efficiency. Giving NamesCon attendees the best value for their dollar is one of our top priorities, as is establishing a reliable and consistent domain industry conference for many years to come. By committing to Las Vegas as a destination, NamesCon was able to lock down conference dates through to 2019 – so you know where you’ll be every January!

While we hope we’re building the foundations of a long-lasting success story, there are plenty of other Vegas- and domain-related headlines making the rounds that we wanted to share.

Launch of Dot Vegas
NamesCon founders Richard Lau and Jothan Frakes were present for the launch of .vegas at City Hall in September, 2014 – and NamesCon.Vegas was the first (after nic) domain registered under this new gTLD!  It was lauded as “The one thing about Vegas you won’t wake up regretting” as part of GoDaddy‘s brilliant marketing campaign. You can read more about that event here. One of the latest start-up successes on the DotVegas strip is Car.Vegas, where you can get up to speed on information about car rentals.

Vegas.com
Redmark Media recently acquired Vegas.com, which welcomes roughy 3 million visitors per month, for an estimated $38 million. Pretty impressive success story for the private company, an online travel and tourism agency, who agreed to the deal. 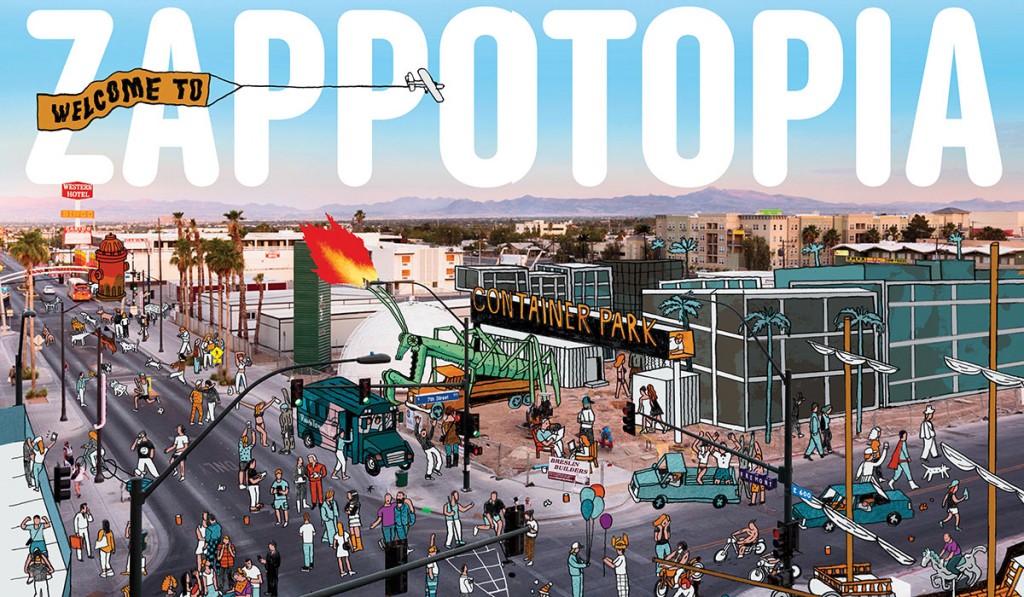 Starting Up Vegas
Zappos CEO Tony Hsieh has created a veritable fantasyland for creative entrepreneurs when he announced that he would be leading a $350 million project to invigorate a dumpy stretch of downtown real estate, largely funded by himself. With an official company mandate to “create fun and a little weirdness,” Hsieh has paved the way for those involved in a sharing economy to collectively rake in a fortune. Wired wrote a great article on Hseih’s community redevelopment project.

Getting Creative with gTLDs
As DotVegas gains in popularity, creative new domains like veg.as are popping up. We also give a hat tip to Dhananjeyan, a.k.a DJ’, CEO of DCZ.com for directing veg.as/namescon back to NamesCon!

Do you have a Vegas or domain related success story? Tell us about it so we can share your good fortune with our readers!